The Operating Engineer Training Center offers the highest quality training around. The center is staffed with instructors who are experienced and highly skilled journey-level operating engineers themselves. Located on 85 acres near Canby, apprentices have the ability to get hands-on training with cranes, excavation equipment, trucks and forklifts to name a few. 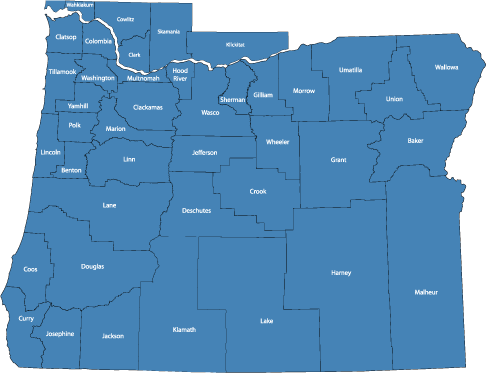 Lonnie Land joined Local 701 in December 2004.  He began his career with us as a concrete pumper, but quickly found his way into the new building side of our industry as a crane operator.    He ran tower cranes from 2004-2008.  He also ran lattice boom crawlers and hydraulic cranes on the windmill work in Eastern Oregon from 2008-2012.  He came back to tower cranes from 2012 to 2017.  He was hired at the training center as a crane instructor in 2017 to work with Kevin Miller but quickly rose to the position of training director.  Lonnie brings tower crane expertise to the training center which will serve our members well for future training opportunities.

Frank Hartmeyer began his career in 1979 in the electric industry, operating boom trucks, digger derrick trucks, and heavy equipment.  In 1996 he joined IUOE local 701 as a crane operator, working in and around the northwest in the crane industry.  In 2005, he started a crane rental business as an owner operator in Central Oregon.  In 2009, he returned to construction work as a crane operator.  In Jan 2018, he joined the Operating Engineers Training Center as a crane instructor to work alongside Kevin Miller.  He has gotten his NCCCO certification for crawler cranes and truck cranes.  He also received his cards in rigging and signaling recently, and received his practical examiner certification for rigging and signaling NCCCO.

David Sanders joined IUOE Local 701 in 1989 and he has been a member in good standing for the past 30 years. He has been working as an Instructor at the Training Center since 2011. He teaches apprentices and journeyman how to safely, correctly and efficiently operate Rubber Tired Backhoes, Loaders, Dozers, Excavators, and Graders.  He is also a certified OSHA outreach trainer, as well as a First Aid/CPR/AED instructor.  He enjoys working with people, teaching them new skills and watching them improve as heavy equipment operators.  He believes that when you make a commitment, you have an obligation to do the very best you can.

Jeff Klug graduated high school in 2003 and worked in residential construction until joining the Laborers’ Union in 2005.  He spent the next nine years learning all aspects of construction.  He specializes in grades and stakes and learned how to use Topcon GPS.  In 2014, Jeff joined IUOE local 701 and moved around several large projects where he became the lead grade setter.  He was able to learn all aspects of setting grade: from grade rod and eye level, to Topcon and Trimble GPS.  He also used GPS machine control and was in charge of setting up, maintaining, and teaching the proper use for several companies.  In January of 2018, he was hired as an instructor at the 701 Operating Engineers Training Center and has really enjoyed teaching our members.  He feels proud being a part of this, knowing that they are gaining knowledge that will help them in their career.

Charlie Pardee has been in the Heavy Equipment Industry for 36 years, 23 of which have been with the Operating Engineers Local 701.  He started as a Roller/Compactor operator building roads.  As the years went by he was train as a Backhoe operator then as a Loader operator, where he stayed for several years.  He was then trained as an Excavator operator.  He has also been a CDL truck driver while he was building roads.  In 1996, Charlie joined the Operating Engineers Local 701.  He proficiently operators and instructs: Backhoe, Compactor, JD Excavators, CAT Excavators, and Long Boom Stakes.  He is also trained in and instructs Grades and Stakes.  He is also trained in OSHA 510 for instruction as of June 7, 2018.  After 22 years in the I.U.O.E., he was given the opportunity to give back to our Local 701 as an instructor.  It has been a great experience for him.

Jeff Rabourn joined Local 701 in 1998.  He has worked as a heavy equipment mechanic, loader operator, and asphalt plant operator and maintainer.  He has experience in dirt excavation equipment, underground drilling equipment, as well as paving equipment.  He began working at the Operating Engineers Training Center as a mechanic/instructor in September 2017.  He has 21 years of years of in-field experience for heavy repair and plant maintenance.  He is also certified in air brake inspection by Haldex and Napa.  As of August 2019, Jeff has 30 years of experience in major engine repair and machining.  He also recently attended a Train the Trainer class in welding technology in November of 2019 in Crosby, Texas.

Clint Johansen joined Local 701 in 1999.  He began working at the Operating Engineers Training Center as a crane instructor in March 2020.  Clint worked for several crane rental contractors prior to joining the training staff at OETC.  He ran many different size and types of mobile cranes while employed in the field.

Our programs are registered with government apprenticeship agencies in Oregon and Washington and are jointly sponsored and overseen by the International Union of Operating Engineers, Local 701 and our signatory contractors. Local 701’s commitment to training through their unparalleled training programs is what sets them apart from the competition. Visit Local 701 to learn more.